I am perpetually interested. Always wanting to know; find out the how's and why's of things. Among them history, theology, archaeology, myth, cosmology, conspiracy - and how they all influence who we are and our perception of who we're supposed to become.

But of these, my special love is history and theology. And I cringe at the myriad strange and sordid concepts men have contorted from them. Concepts, many of which distort reality and far many more that openly offend our spirit and perpetrate crimes against our soul.

I find it frustrating that anyone should arrive at their death having never realized the purpose behind their living; why they were created, by whom, what their associations, one with the other, mean -- not only in this physical life, but to their whole potential life -- their total value; that measure by which their eternal place in the universe of universes is determined.

The purpose for RealityRoars.com is to bring up and explore concepts, ideologies and other subject matter relevant to our place in the physical universe and our potential destiny in the spiritual universe. Along the way I hope to dispel the angst of enslaving concepts in favor of more lofty and realistic ideals.

The intent behind these essays and observations, citations, critiques and contributions, rebuttals and refutations is to make the case for a knowable, approachable Divine Source, i.e. God, and one of his/our Paradise Creator Sons, Christ Michael (Jesus), and the rest of the Spirit family and friends.

Nothing, comes from mindless, thoughtless, lifeless nothing! I'll assume we're clear on that until such time as I'm irrevocably proven wrong.


A Personal Position On Life 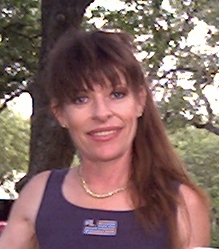 As stated above my passion starts with a love of history and theology. As anyone who has studied either knows, you can't dig into one without turning up the other and then you find yourself up to your neck in science, archaeology, myth, theory, social issues, economics ... and politics!

Yes ... you can actually start a historical or theological search and gallop through science, archaeology, myth, theory, social issues and economics to arrive shell-shocked at politics!

If fear of the unknown is the mother of religion, then politics is its daddy.

Politics, wherever we find it, can be properly defined as Plot-a-tics, because that is the essence of what it is; everybody, that would be the Poly-tics-ians, plotting!

We find ourselves as, We the People, and as a nation, faced with historical battles being fought amongst the ideologies of two opposing sets of ideals regarding how the whole planet should be governed and controlled. I'm worried that I see a not-so-distant past piece of history playing itself out on a global scale.

The goal is Globalism, totalitarian control of every resource on the planet and that includes you and me. The steps are two: confiscate all the money, use it to buy all the power.

Through RealityRoars.com I hope to bring these important events to focus. I think it is imperative that all individuals keep themselves informed about what's happening now, right now, on the globe we occupy, that affects our lives, liberties and freewill.

The planet is littered with 'leaders' from countries, commerce and ideologies all vying for the Keys to the Kingdom; the subjugation of the many into the hands of the few; a nobility for the few, serfdom for the many.

I want to bring to your attention the issues that affect the bottom line of who wins the battle for Global Control. Will it be the totalitarian hegemony of the few, or the constitutional, freedom-loving and anti-serfdom many?

I'm sure you've heard, freedom is not free. It's a constant struggle against those who seek to relieve you of it.

Right now, at this very moment, Western Civilization - especially the United States - is being maneuvered between the anvil of Progressivism and the hammer of Elitism.

In a 2001 interview on Chicago Public Radio WBEZ.FM, Barack Obama made an un-American crisicism that is offensive and dangerous to freedom when he complained about the primary premise upon which the Constitution was written; guaranteed protections for, We the People, from an oppressive government:

Well, yeah ... negative liberties for the government - that was the sole intention!! Protection from the King George's, colonialism, monarchies and subjugation to dictators.

Roots - It's in the Genes

I love my country and believe The Declaration of Independence and The Constitution for the united States of America are the greatest hope and aspiration of mankind. I come by that belief both honestly and inherently.

Among the leaders of the revolutionary movements, which would result in independence, were her ironmasters, including my 7th great-grandfather, Colonel Mark Bird, the owner and ironmaster of Hopewell Furnace, now a National Historic Site. He served as both Militia Colonel and as a Deputy Quartermaster General supplying George Washington's forces, both before and during their stay at Valley Forge. Hopewell alone produced 115 cannon for the Continental Navy, some of which were used aboard the frigate Randolph and gunboat Delaware. Even more importantly, Hopewell provided shot and shell to the Continental Army and Navy throughout the war, including 10-inch mortar shells used to help win the final major battle at Yorktown, Virginia.

Mark, like so many others of those responsible for our nations independence, was unable to collect the money due him from the bankrupt Continental Congress which led to his eventual ruin. I would say he pledged his Life, Fortune and Sacred Honor.

Really, with a lineup like that, could anyone blame me for wishing I could have been sitting under the oaks at the Sunday afternoon gatherings listening to the discussions they were having about the Founding of the greatest nation on the planet?!

See Hopewell Furnace in the American Revolution for a more in-depth look at the contribution of my family to our nation.